Guided tours through ignored spaces of the city

These guided tours are about exploring ignored parts of the city, free from commerce and control. Participants are given hints they then use to search for the route themselves, one by one or in small groups.

The teacher prepares each tour in several days of fieldwork before the workshop, following hints provided by local contacts. The walk takes about four hours, and is preceded by a lecture about the ideas that give it meaning.

The routes are based on the subjective vision of the environment advocated in situationist writings and turned into everyday experience by graffiti writers and urban explorers. Each tour traverses a parallel city free from the control of money and oblivious to its predictable spaces of production, transport or consumption. A city where anything can happen.

This parallel city expands around the known city, in the form of waste grounds, areas undergoing development or areas around big infrastructures. But it also leaks inside it, filling every crevice the system doesn’t use: in empty lots, under bridges, along railway tracks, roads and waterways, inside tunnels and abandoned structures.

The absence of any control makes this city a natural environment for outcasts, from homeless people to graffiti artists. For the average citizen, alienated by commerce and control, to traverse this territory involves a surprising shift in perception, and opens mind space for contemplation, for getting in contact with actual existence.

Javier Abarca is a renowned specialist in the international graffiti and street art scene. A leading figure from the first generation of Spanish graffiti, he now works regularly for European conferences and festivals teaching courses and workshops. He is founder and director of the Unlock Book Fair and the Tag Conference. More info here.

The workshop is aimed at any person with an interest in cities. No exploration experience is required. The recommended number of participants is ten. 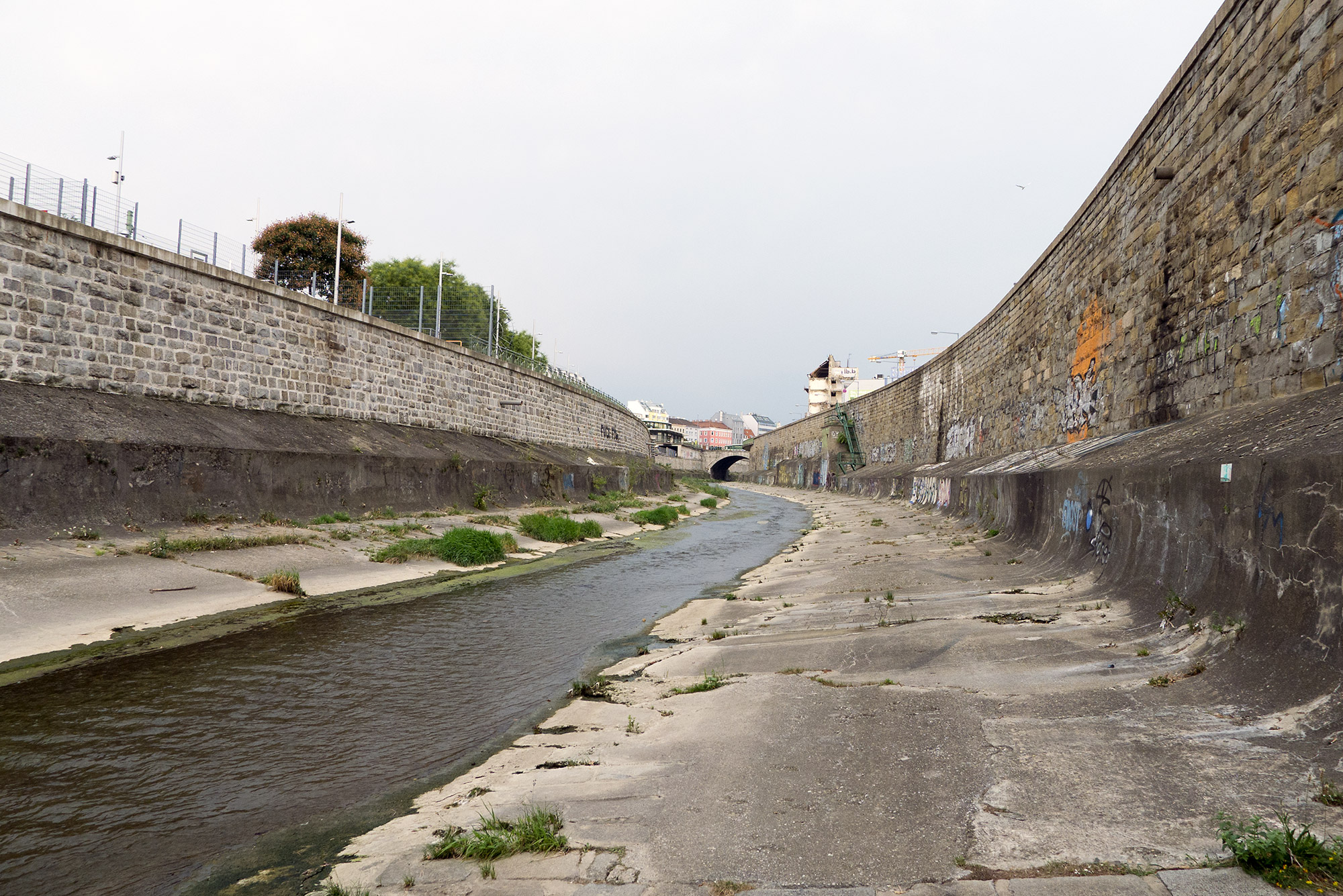 Photographs from past editions 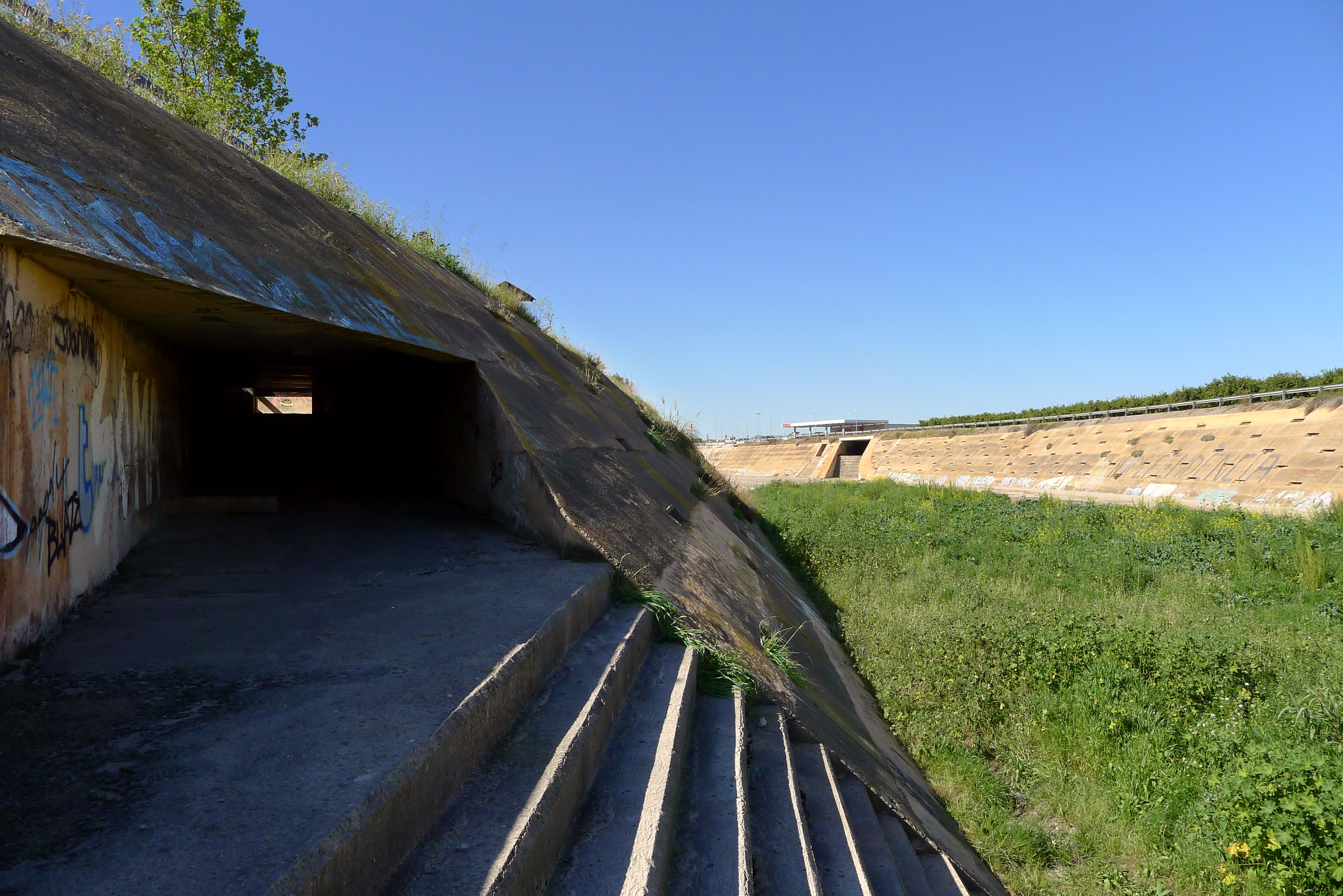 About the introductory lecture: Graffiti and psychogeography, the city as a playground

The contemporary culture of graffiti, created in the subways of New York and then spread across the world, may well be the most universal artistic tradition in history, and the one with the biggest presence in people’s lives. However, at the same time, it is largely impenetrable to anyone but its practitioners. When outsiders try to understand graffiti they often approach it as a form of painting. But focusing on the graphic output is misleading.

Graffiti is not simply about the writing, it is about where, when and how it appears. It is not so much about the resulting artwork as it is about the experience leading to and surrounding it. Each written name is merely the residue of a continuous exploration of the city that follows a radically alternative navigational pattern. Graffiti has little in common with studio painting, or even with official mural painting. To really understand what graffiti is about it is more useful to interpret it as a school of urban exploration.

Contemporary graffiti was born as a way to escape the alienation of modernist architecture and capitalist urbanism. It is, first and foremost, a game. It takes a landscape designed to control movements and thoughts, to isolate the individual and to suppress individuality, and subverts it into a vehicle for shared adventure, fantasy and joy. But it is hardly the only contemporary culture that fits this description. There are many others, from parkour to geocaching, from urbex to train surfing, from buildering to flash mobs.

The Situationists predicted a future of urban games they could not describe. In the past decades we have seen their texts about the encroaching spectacle turn into prophecy. And, when looking at the cultures listed above, one could say their ideas about the city as playground were just as prescient. 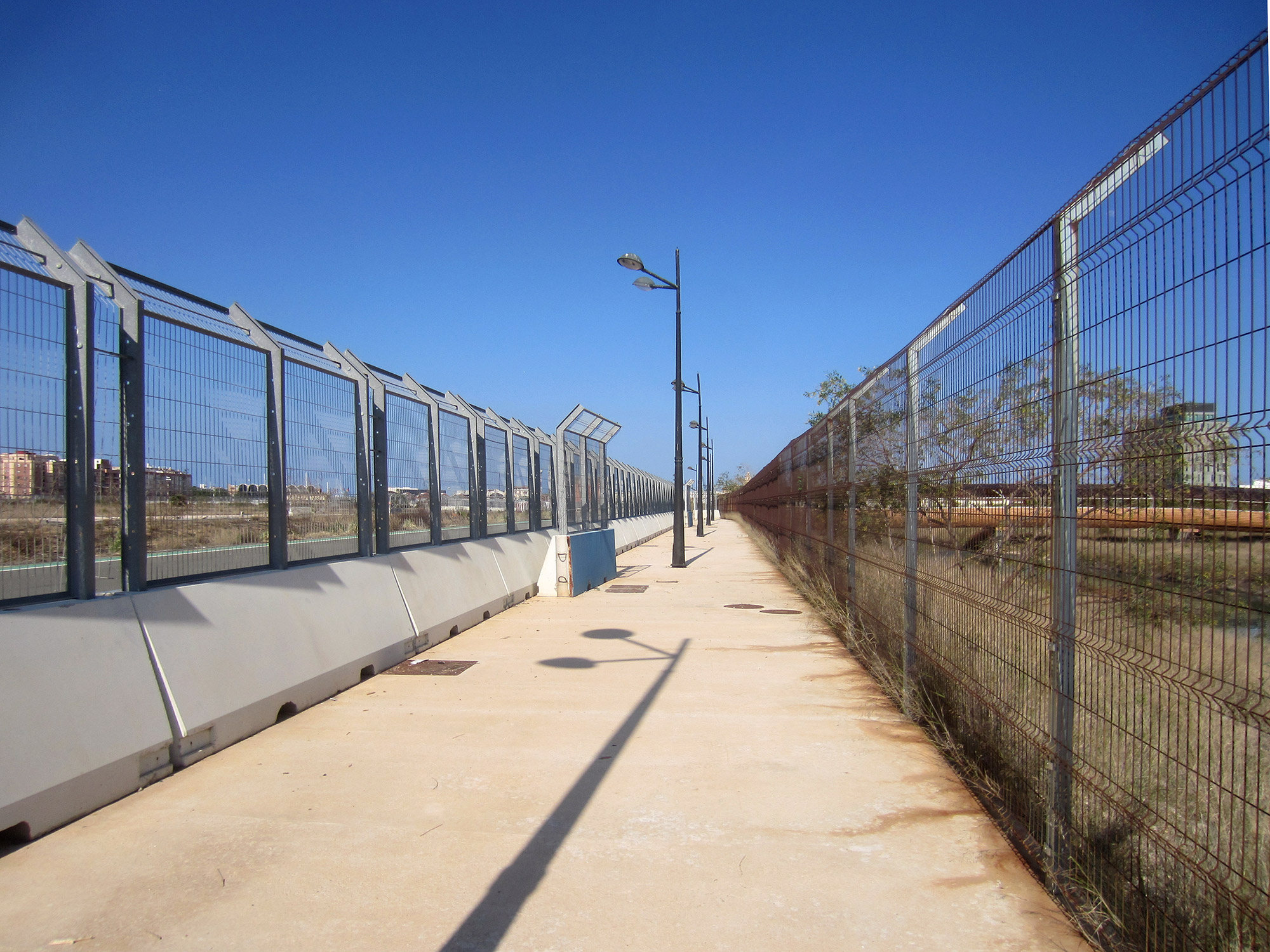 An interview with Javier Abarca about his exploration workshops

Originally conducted in Spanish by Eric Gras for El Periódico Mediterráneo on the occasion of the workshop Guía contemplativa de Castellón, organized by the Espai d’Art Contemporani de Castelló in April 2017.

What exactly is this ‘contemplative guide’? How did the project come about?

It is a workshop, but also a personal artistic project. It originated from my own experience, from the way I explore cities. As a result of being involved in graffiti and street art I got used to looking for spaces that could be described as being free of control, such as for example vacant lots, or the residual areas under many bridges. After studying the theory of Situationist psychogeography, and coming across the concept of the third landscape by Guilles Clement, I understood why I continued to gravitate towards these spaces long after I had quit graffiti. On the occasion of a seminar on graffiti and psychogeography I organized by commission of the UIMP in 2011, I came up with the idea of designing guided tours that would allow me to share all this.

You propose a different vision of the city, and for that you select a series of corners within a city. Why those and not others? Do they need to meet certain requirements to be part of the itinerary?

They are corners in the sense that they are relatively hidden, but they are not necessarily small. Sometimes they are huge expanses of vacant land. They are very diverse places: from an empty lot, a disused tunnel or an abandoned building, to the indefinite strips of land found along highways and waterways. They are more often found in the outskirts, but they also exist within the city, in the interstices left by the capitalist distribution of space.

What these places have in common is that they escape the control of money. They are not subject to any immediate economic interest, therefore they can be traversed without commerce and control following your every step. There is no advertising, no police, there are no cars, no traffic lights or pedestrian crossings, there is no sidewalk or road. They offer the tranquillity one would find in the countryside. They are the only places within the city where an actual state of contemplation is possible.

Their lack of control turns them into refuges for the marginalized. For example, homeless people go there to sleep, and graffiti artists go there to paint in peace. But the goal of these tours is not to see graffiti. Some of the most interesting places I have led people to do not even have walls. The idea is to look for the same thing homeless people and graffiti artists look for: a place to be in peace.

Are you in some way suggesting a different concept of cities?

The tours are about reading cities in a different way. Behind the facade that the city shows, behind those controlled spaces of production, transport or consumption, there is an invisible part over which little control is exerted. In many cases, this part of the city can be visited without the need to jump any fence. It is often enough to simply go around a hedge or to ignore a “no entry” sign. A shift in points of view is enough to move from living in a totally predictable city to living in an indefinite city full of potential surprises.

The core idea in the workshop is to adopt an active attitude in the reading of cities, therefore the workshop does not follow the usual format of a guided tour. I do not take participants by the hand, I only provide them with some clues and then they have to find their own way. I wait for them at the end of the route to chat and share impressions.

You have run this workshop in cities such as Santander, Granada, Bensançon, Berlin and Barcelona. How do you approach each tour?

I prepare each workshop by exploring the city for several days. I follow hints provided by local informants, and I also get lost following my instinct and curiosity, as I have always done. With all that information I design one or more tours and test them out. In each of them I try to give shape to a strong narrative with its development, its contrasts and its drama.

You introduce each workshop with a lecture. What is it about?

The talk is an introduction to the workshop, but it is usually open to anyone interested. It is an entertaining and profusely illustrated talk that studies graffiti with the tools of Situationist psychogeography.

It studies how graffiti is mostly about the adventure of exploring the city, not about the painting that results from that. The painting is actually an excuse to set in motion a game of exploration and reinvention of the city that is very close to Situationist concepts. Graffiti is, in essence, an alternative map of the landscape that turns the city into a playground.

What do you hope to achieve with this type of initiative?

I hope to contribute to enrich our perception of the city and our appreciation of graffiti and street art. And to continue enjoying cities the way I have always done. 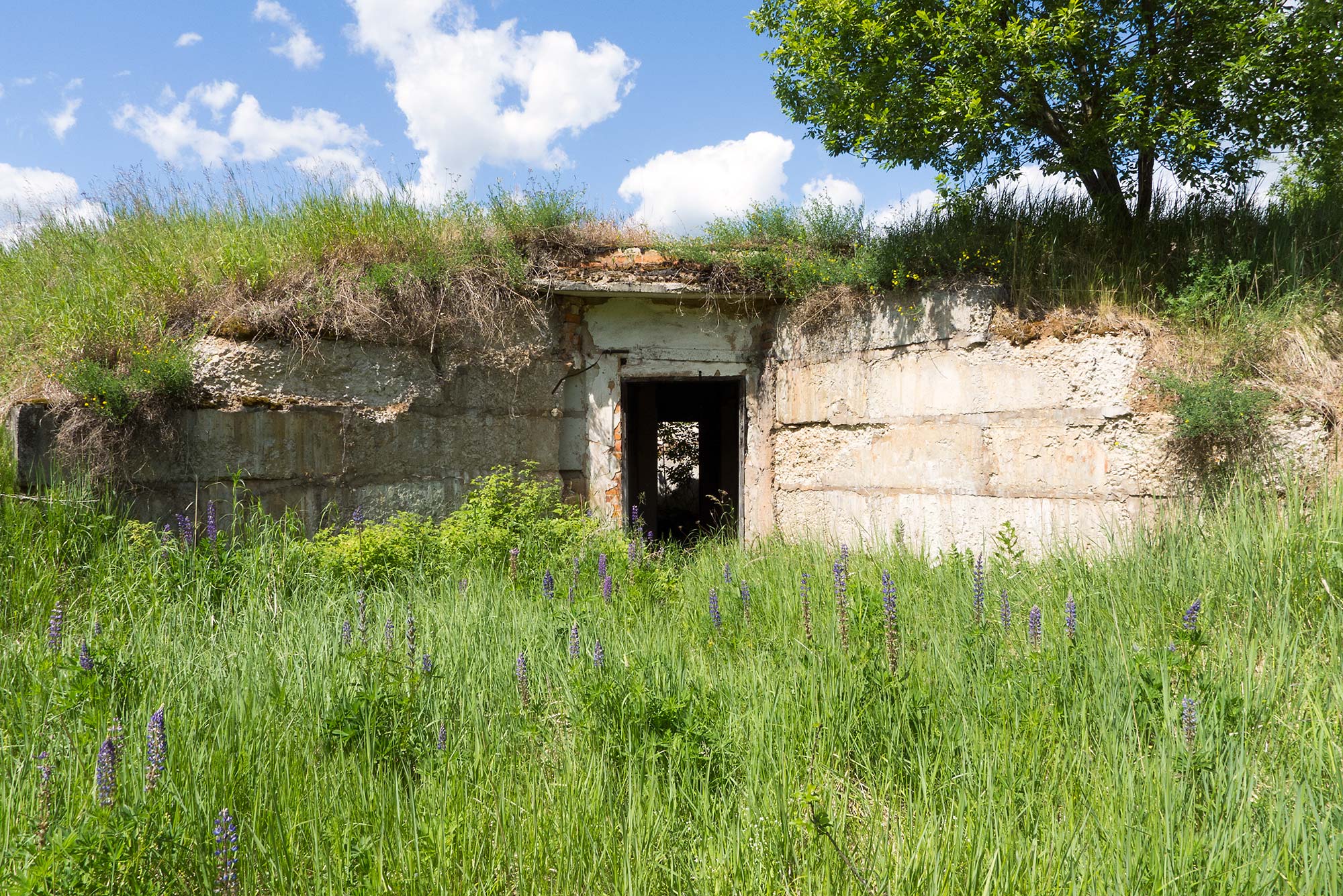