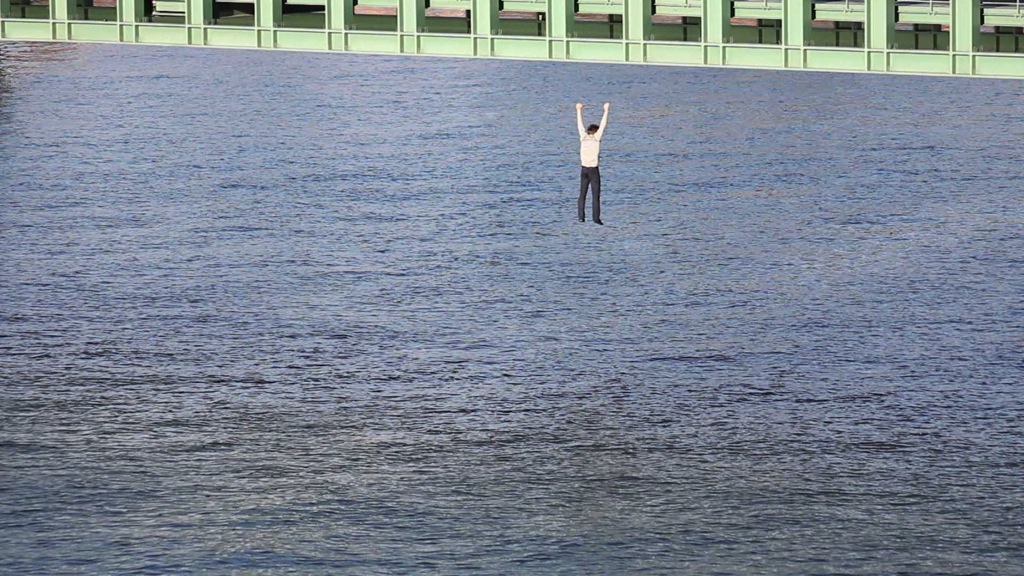 Graffiti as psychogeographical map brought together some of the most interesting street artists, all of them educated in graffiti: Swedish artists Adam and Akay, the Berlin duo Wermke Leinkauf, and French artists Les Frères Ripoulain. The seminar was directed by Javier Abarca under commission from the Menéndez Pelayo International University.

The seminar included an exploration workshop.

Graffiti as psychogeographical map brings together a group of European artists whose work has quietly revolutionised the field of encounter between graffiti and contemporary art. The analysis of their inspiring and stimulating work is presented as a guide to study graffiti from new perspectives, more revealing than traditional ones.

Graffiti, born in the subways of New York in the seventies and spread unstoppably around the world since the eighties, is a unique culture. On the one hand, it is the most globally widespread and practised artistic tradition in history, and the one with the biggest presence in people’s lives. On the other hand, it is completely impenetrable to those outside it.

The art system has tried to understand graffiti as an artistic behaviour, but has observed it from a purely graphic perspective, most often through paintings on canvas executed with the style and materials of graffiti. This strategy is so dramatically useless now as it was the first time it was put into practice, in the early seventies. Detaching the graphic outer layer of graffiti is a shortsighted tactic. It seeks to understand the animal by studying its excrement in a white room while the essence remains outside, beating, unknown.

Graffiti is not so much about the resulting artwork as it is about the experience. Each pictorial or calligraphic piece is merely the residue of an action. And every action is, in turn, part and result of a complex cultural framework. Each work of a graffiti writer, and, very particularly, the body of work he or she accumulates, can only make sense within that framework. Trying to appreciate graffiti from the outside, through the terms used to judge a work of contemporary art, and ignoring the culture that gives it meaning, is equivalent to trying to appreciate poetry in a foreign language looking for nuances in timbre, tone or phonetics. Such approach will never allow us to share the concerns and findings of the author.

While in order to appreciate something it is necessary to learn the language in which it is written, it is also possible that the author of the original poem learns our language, and composes new verses that convey a part of what gave value and interest to the original.

This is precisely what the small group of European artists invited to this conference are doing. Their work solves a decades-old problem, in that it manages to transform key aspects of graffiti into works composed in the language of contemporary art. In addition to moving us and opening our eyes, as quality projects do, their work can put us in contact with the inside of the graffiti writer’s experience, and can, thus, get us closer than ever to understanding graffiti as an aesthetic experience.

The works of these artists are mostly actions or interventions, documented through photography and video. In them, they illustrate how graffiti writers experience the city in a way that meets the situationist definition of psychogeographical map: a radically transversal navigational pattern, with the potential of transforming alienated urban life into a surprisingly deep, rich and creative daily experience.

In graffiti, as well as in the works of the participating artists, the city ceases to be an inert space, in which travel is only possible through a series of dictated paths, to become instead an infinite playing field, full of alternate routes, full of opportunities to intensely experience life. Interstices, dead spaces and ignored sections become visitable terrain, liveable, and useful for poetry. The vision of the city proposed in situationist theory, put into practice literally and naturally.