Tags are the central element of graffiti, but also its lesser known part. Even if they may appear to be random and lacking any intent, every tag written by a graffiti writer in public space makes part of a complex and fascinating calligraphic tradition created in New York City in the early seventies and nowadays practiced all over the world.

In these theory and practice workshop participants get to explore their calligraphic abilities using styles, tools and methodologies characteristic of contemporary tagging, and acquire a better appreciation this misunderstood art form.

Is tagging a form of calligraphy?

Calligraphy is a lost art in most parts of the world. In Western countries, tagging is the only school of calligraphy that is widely practiced. In the same way as gothic or traditional Chinese calligraphy, tagging is a tradition of stylised writing with its own characteristic styles, tools, methodologies and values.

The tools characteristic of tagging are spraycans and markers, but also rollers or even fire extinguishers. Its characteristic supports are all public surfaces, and graffiti writers have come up with ways to adapt to each of them. Its characteristic methodologies stem from the illegality of the writing and from the limits and posibilities in the relation between architecture and the human body. And its formal conventions include a myriad calligraphic styles developed by graffiti writers of many places and eras.

The workshop starts with a theory class. The class first studies the numerous antecedents of tagging in different periods of history, in particular the Classical, Medieval and Romantic eras. It then examines how tagging emerged and took form in the streets and subways of New York. It goes on to analyse how graffiti writers have progressively colonised different kinds of surfaces by adapting various industrial tools to use them as writing implements. And it concludes by studying how generations of writers of all continents have deconstructed and reinvented the alphabet creating countless different styles in the shaping of letterforms.

The main part of the workshop is the hands-on practice. Participants get to experiment with tools, techniques and methodologies characteristic of tagging, and learn to give shape to a name using different conventions and styles from the rich calligraphic heritage of tagging culture.

Participants study images of tags provided by the teacher and practice their handwriting by copying them. Then they come up with an alias and try it out with pen on paper using different styles and graphic elements, both taken from the supplied materials and of their own creation.

Participants practice their tags on a vertical surface using markers specifically designed for tagging. The surface gets progressively full of tags, forming a collaborative work. The teacher periodically erases the surface to let the process start all over again.

We replicate some of the determining factors in the methodology of tagging as it is actually practiced in the street. For example, tagging while using your own body to conceal the act, or making use of the spaces that remain blank as the wall is filled with signatures – spaces that can be very high or very low, big or small, and of different shapes and proportions. These determining factors force the writer to adapt the shape of the tag each time, and to adopt body postures that make writing difficult.

Javier Abarca is a renowned specialist in the international graffiti and street art scene. A leading figure from the first generation of Spanish graffiti, he now works regularly for European conferences and festivals teaching courses and workshops. He is founder and director of the Unlock Book Fair and the Tag Conference. More info here.

The workshop is aimed at any creative person with an interest in art. Previous experience in graffiti or calligraphy is not necessary.

The recommended limit number of participants is fifteen. 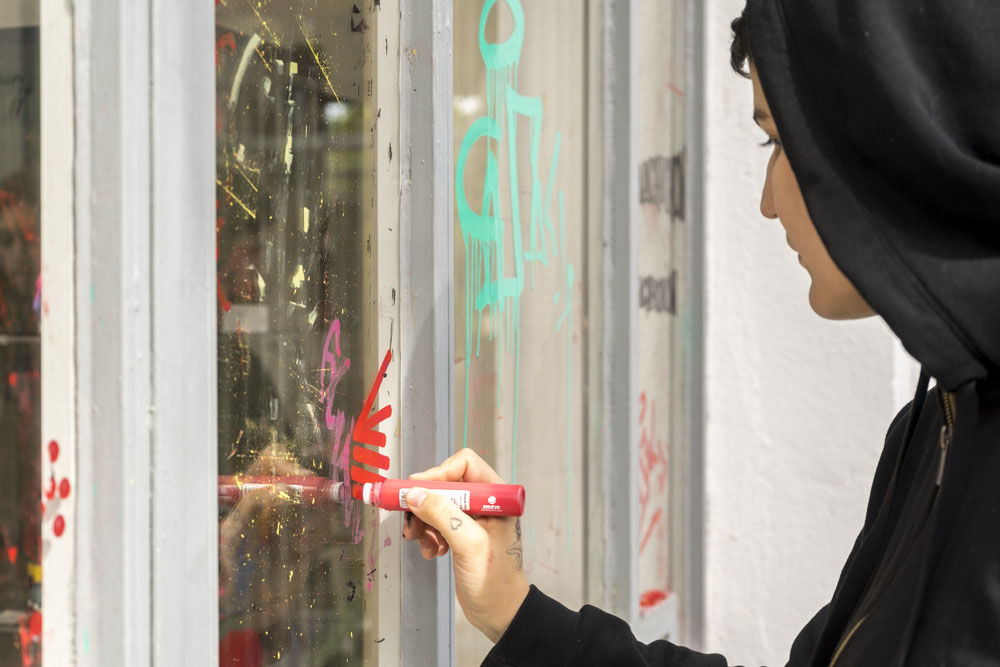 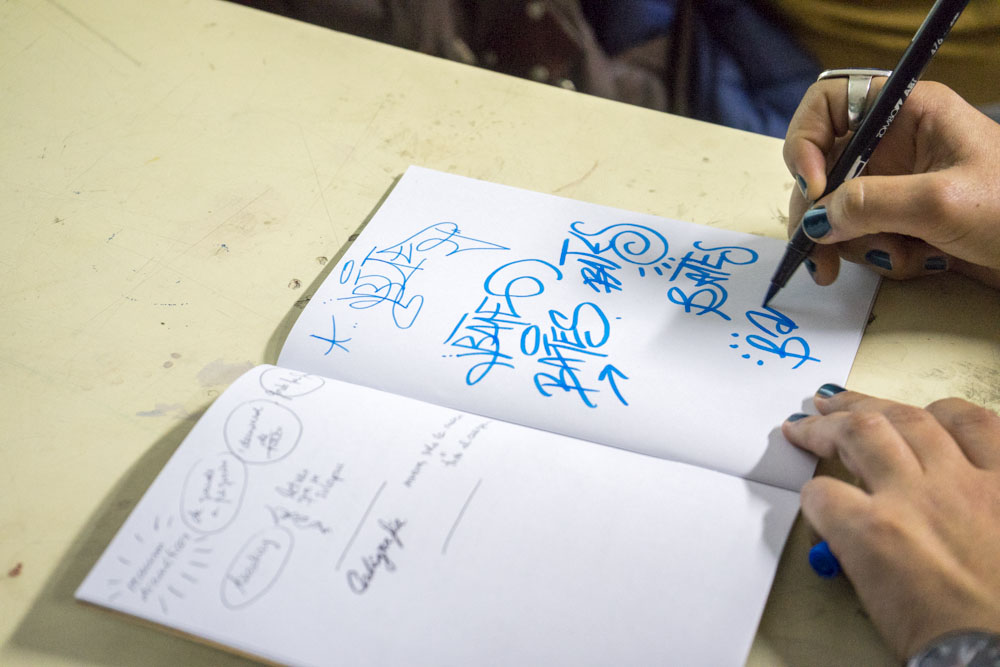 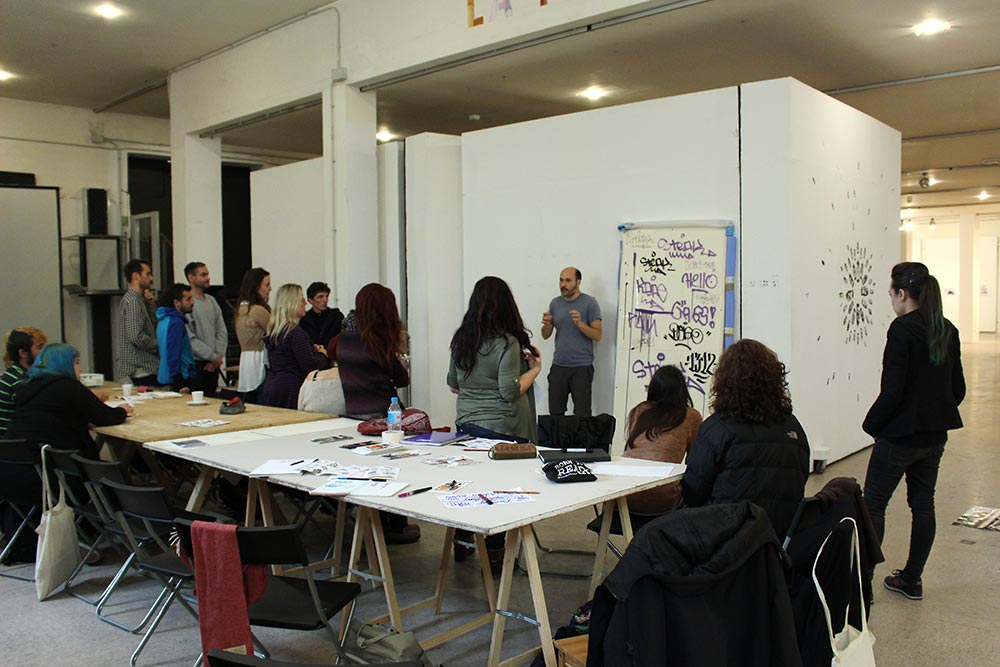