The population of the working-class district of Tetuán, in the northwest of Madrid, is a mix of elderly locals and families, many of them of Caribbean origin. A good part of the population have very low incomes, and many of the old, one-floor dwellings that remain are squatted. Tetuán is one of the areas in the city where there is still some street life. It also has two of the few functional water fountains left in Madrid.

Water fountains, once ubiquitous in a city very much in need of them, were among the first casualties of the progressive and deliberate degradation of the usability of public space carried out by local governments in recent decades. One by one, they have been dismantled or shut off, disappearing from almost every area – except for the very affluent ones, where they remain in place and are attended to regularly.

Water fountains in Tetuán give a basic service to passers-by, kids playing with balloons, and people without running water. Despite this, most of them have gone. Several old, neglected stone fountains still stand. Using coloured water, the artist reproduces on them the wet silhouette found in working water fountains. 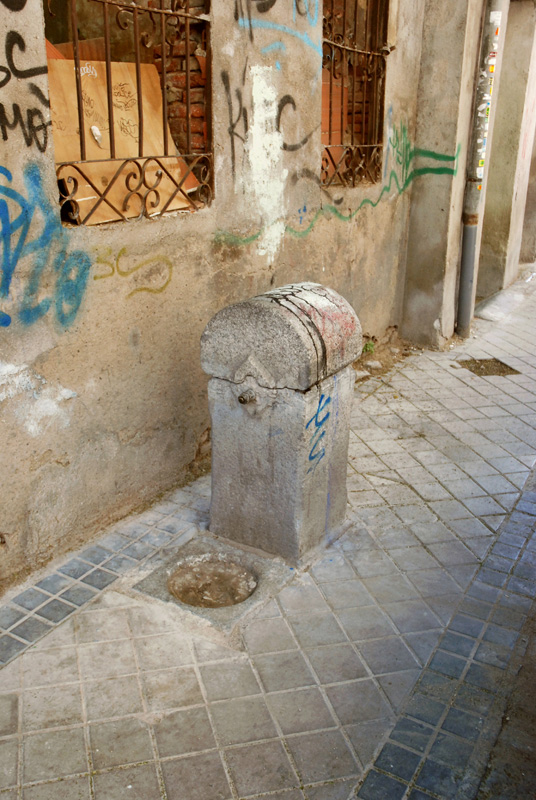 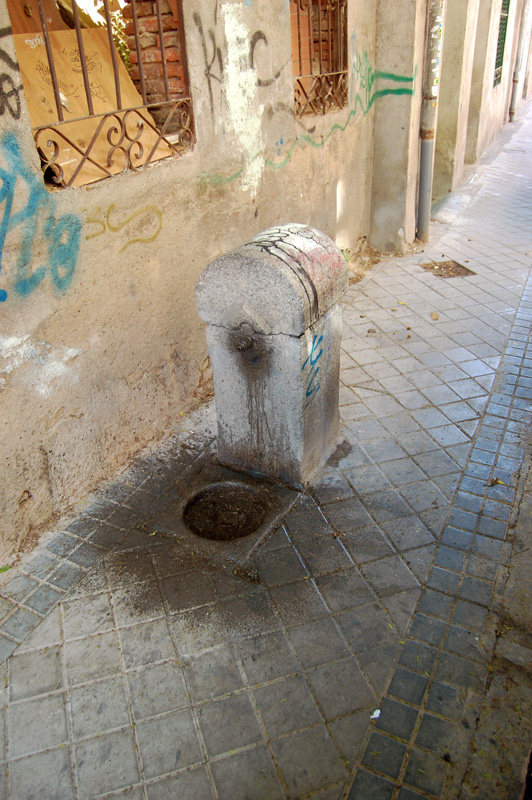 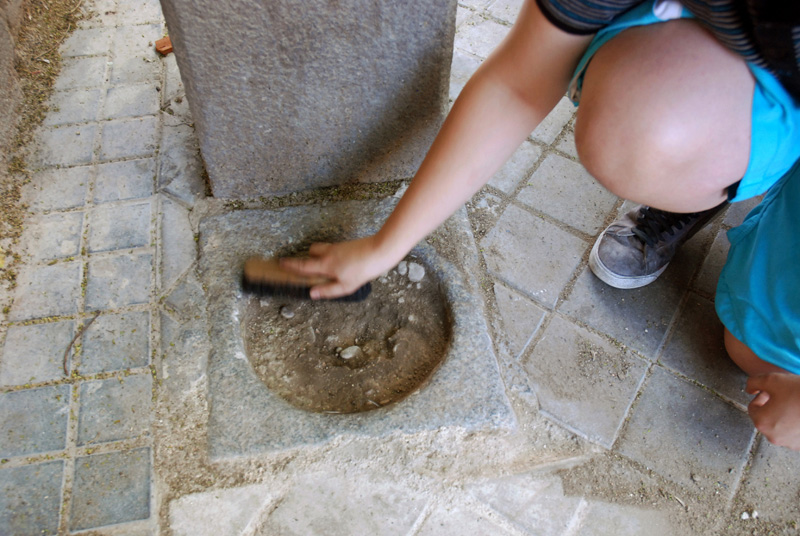 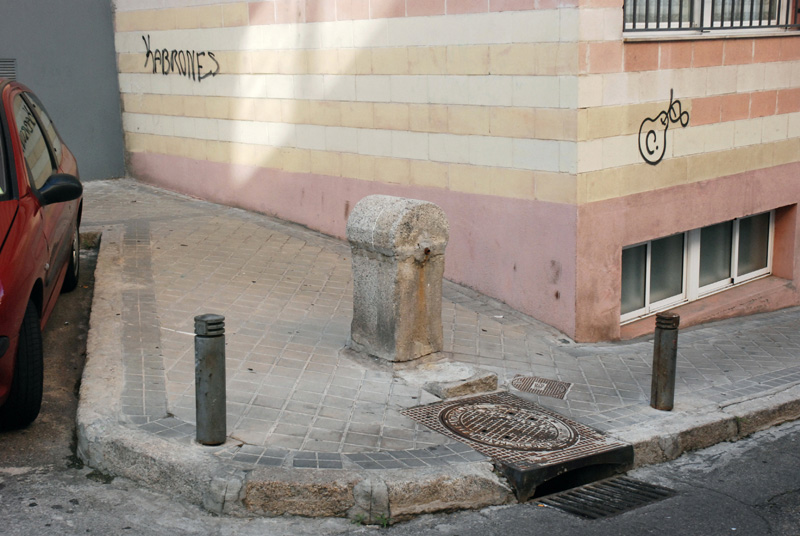 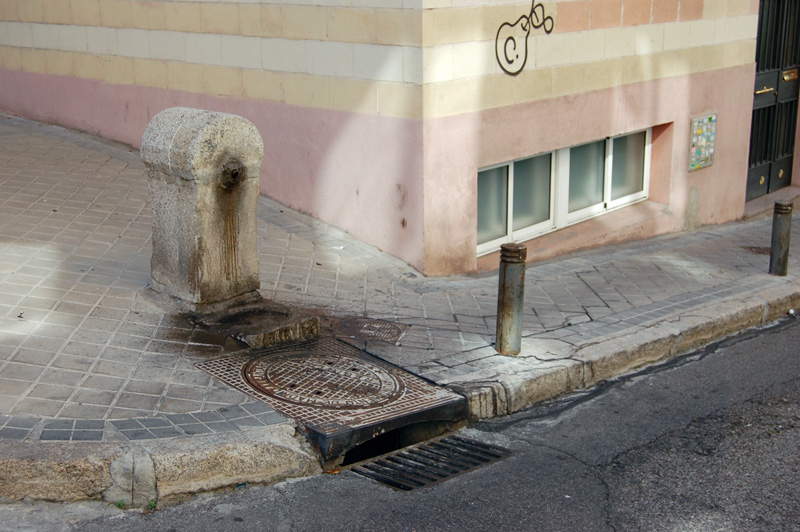 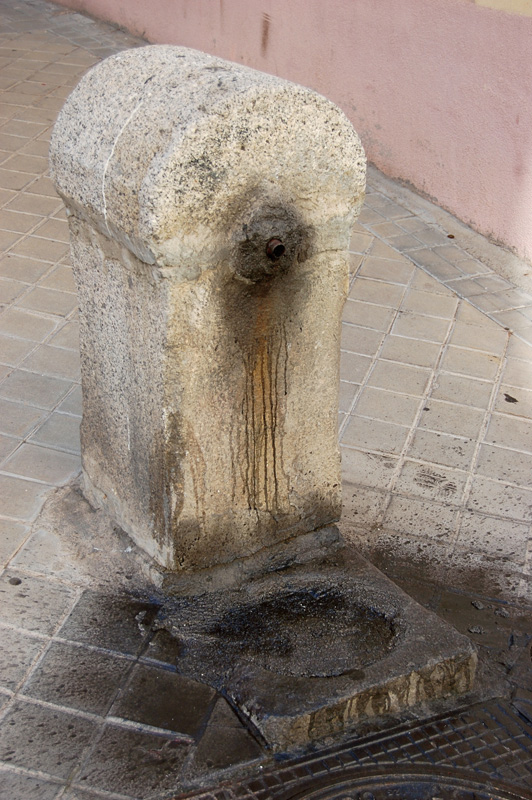 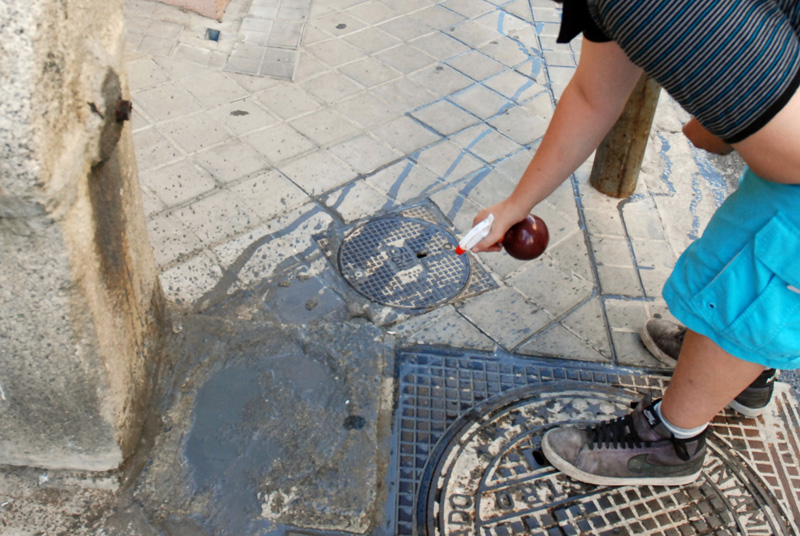